Domwe Island offers visitors a unique combination of island and African bush environments. Domwe is the largest island in Lake Malawi, with a circumference of 11km and a highest point 400m above lake level. It is separated from the mainland by the narrow Ilala Gap which, due to fluctuations in lake level over the millennia, has been dry on several occasions. As a result Domwe Island, unlike all other Lake Malawi islands, is well populated with mammals which have crossed onto the island during these dry times.

Domwe Island Adventure Camp is basic yet exclusive. It lies behind a small beach on the island’s west side. The camp is run on a self-catered basis, with guests making use of the kitchen facilities to prepare their own meals. The kitchen has two full-time staff members, and is fully stocked with fridges, pots and pans, crockery and cutlery. Accommodation consists of three fully-furnished safari tents and two tent sites, complemented by a dining area with bar and a water sport gazebo.

The Island lies within an exclusive concession area, in turn part of the Lake Malawi National Park, the first freshwater marine reserve in the world. With crystal clear waters and innumerable species of cichlid fish, the National Park offers what is often considered the best freshwater SCUBA diving in the world.

Domwe Island is ideal for active guests and those that love observing nature. The island’s size and height permit extensive and challenging nature trails, and kayaking it’s lengthy shoreline will delight those with a with a penchant for exploration. In between all the activity guests can relax in tranquil surroundings with shady and secluded hammocks and shimmering waters as the sun sets behind the distant mountains that make up the far side of the lake.

360° images of the Basecamp and Baobab View can be viewed on Virtual Malawi.

Other Accommodation in or near Lake Malawi National Park 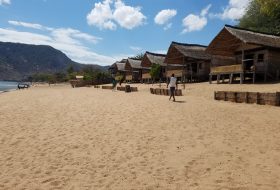 The Warm Heart Adventure Lodge is based in Chembe Village, Cape Maclear and is along side the Lake Malawi National Park. 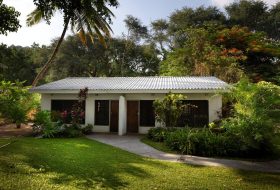 Norman Carr Cottage situated alongside the sandy beaches on the southern shores of Lake Malawi, nestles under a canopy of large indigenous trees. 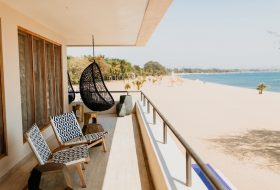 The Makokola Retreat a large resort with stunning gardens and lakeside villas on the white sands of the Mangochi Lakeshore. 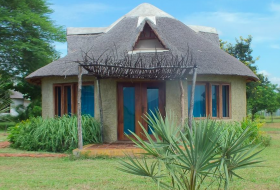 Zaburi Beach is an exclusive barefoot luxury beach resort comprised of Elegant spacious chalets which are uniquely  finished in a rustic African Chic interior complete with all modern amenities. 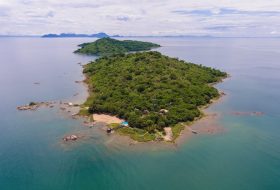 Blue Zebra Island Lodge is situated in the Lake Malawi National Park on Nankoma Island, offering 9 exclusive tented en-suite chalets each overlooking the lake with some of the chalets boasting private lake access. 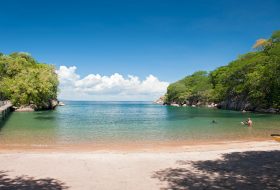 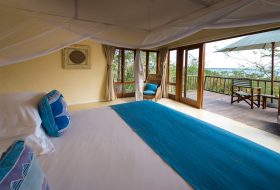 Pumulani is situated on the west side of Nankumba Peninsula at the southern end of Lake Malawi, exclusively nestled within the Lake Malawi National Park.

Use the form below to send an enquiry directly to Domwe Island.